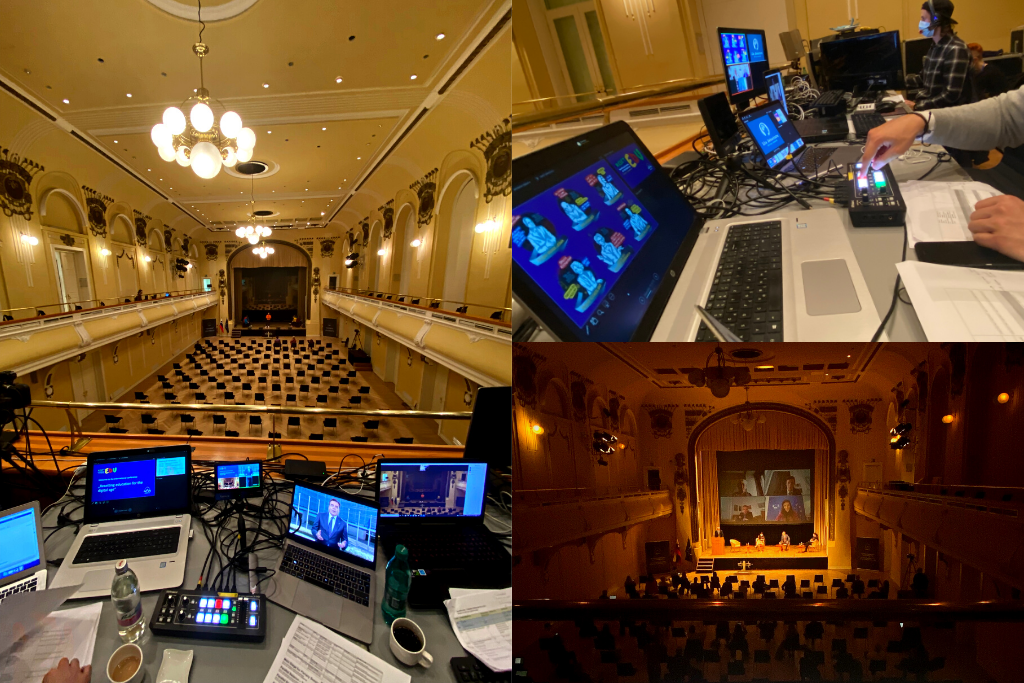 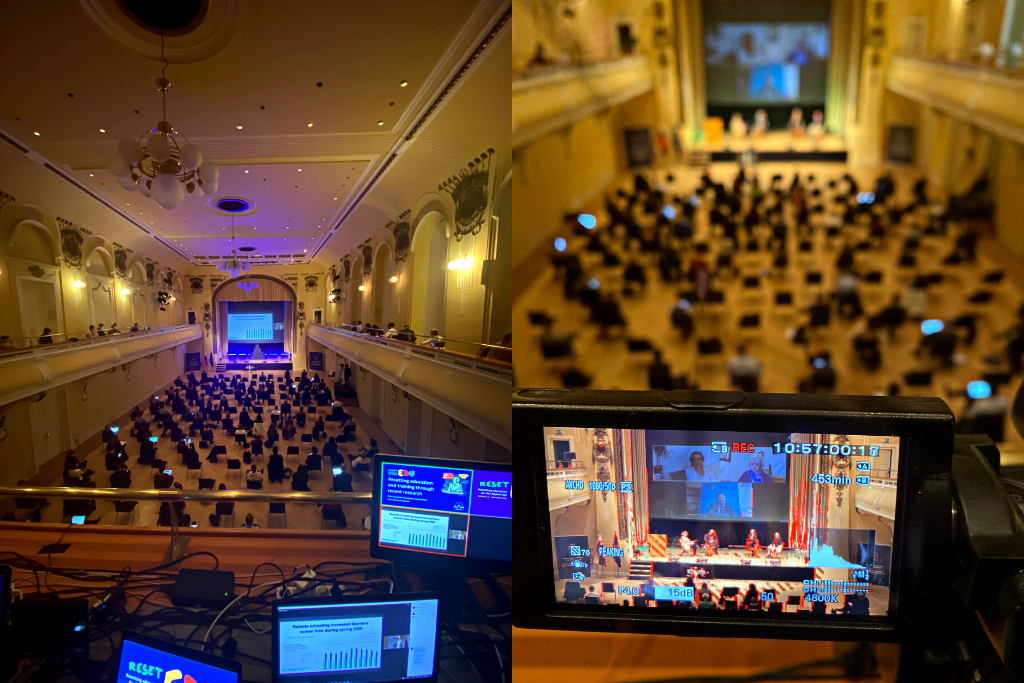 RESETEDU CONFERENCE: Resetting education and training for the digital age

Together with the Ministry of Education, Science and Sport of the Republic of Slovenia, the Centre of the Republic of Slovenia for Mobility and Educational and Training Programmes (CMEPIUS), and the European Commission’s Directorate-General for Education, Youth, Sport and Culture, Toleranca Marketing helped organise the ResetEDU Conference. It was a two-day hybrid conference on education that took place live in Grand Hotel Union, Ljubljana, online on the Confiva platform and was live-streamed to YouTube Live. This was one of the most demanding hybrid conferences that we had ever organised, as we had to live stream four parallel sessions in four different halls, while ensuring simultaneous interpretation and each of the parallel sessions having their own breakout rooms on the Zoom platform.

Helping us carry out the challenging live stream was the team of professionals at Vzivo.si. As the live event was taking place in four different halls, four Zoom meetings and four live streams were running simultaneously. This was elegantly packed on the Confiva platform, where online attendees could also access the breakout rooms, ask questions, communicate with each other, and chat with the online moderator, who was present throughout the event.

The event was a big success, reaching a much larger audience than it would if it was solely carried out in person. The event was attended by 180 live attendees and over 250 joined the event through the Confiva platform. There were a total of 7 live streams on Youtube, watched by a total of 2.151 people.